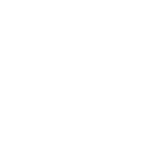 At Farrow & Jones we undertake all works associated with your new project to allow you the reassurance of dealing with one company from conception through to final completion, please find detailed below a list of works usually carried out on typical installation.

Northamptonshire, archaically known as the County of Northampton, is a county in the East Midlands of England. In 2015 it had a population of 723,000. The county is administered by Northamptonshire County Council and by seven non-metropolitan district councils. It is known as “The Rose of the Shires”

We’ve worked in a number of places within Northamptonshire including; Daventry, Northampton, Towcester, Wellingborough, Kettering and Corby

Whether you're looking for more information or want to start your new project straight away, we're happy to answer any questions you may have.